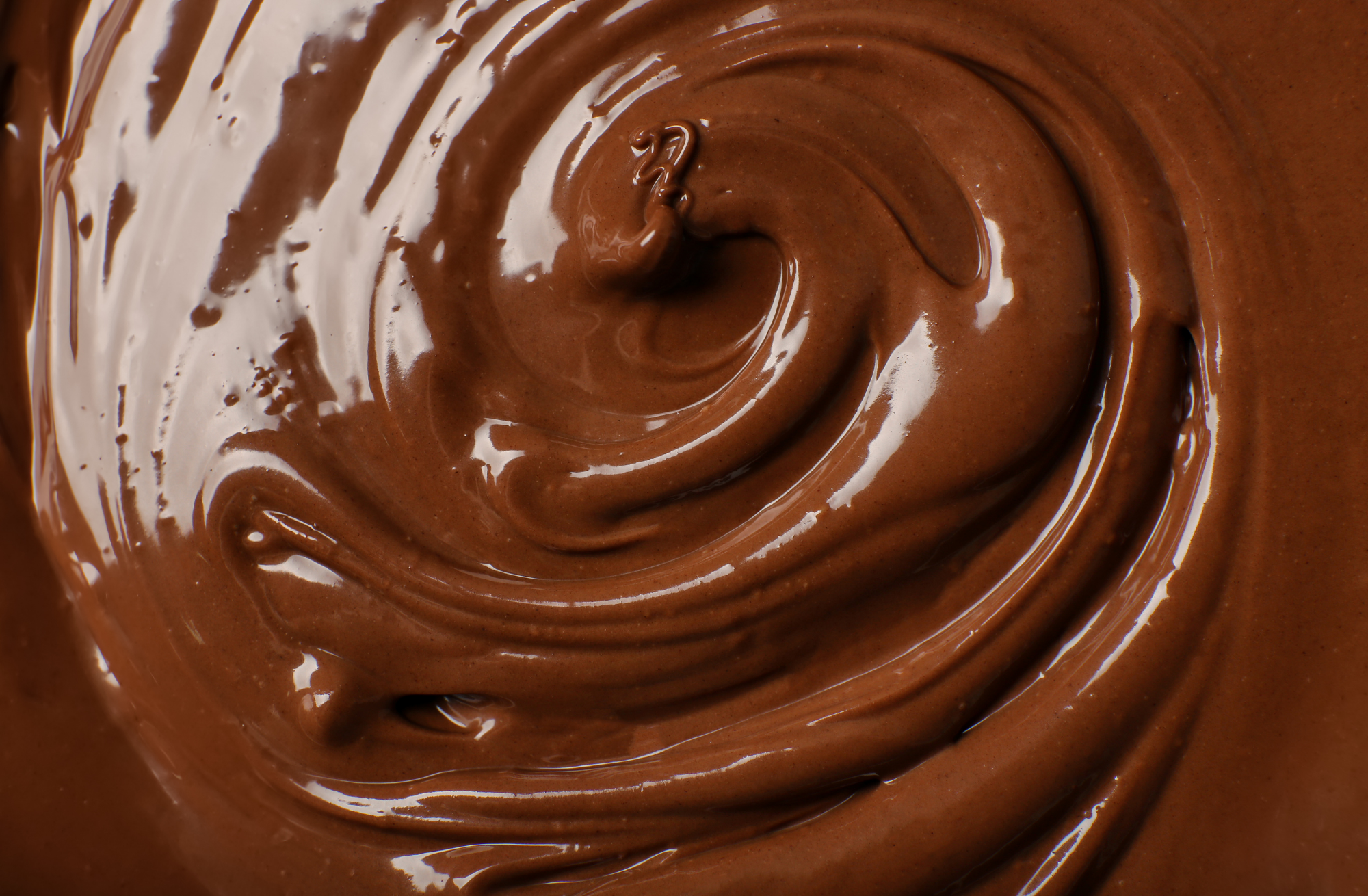 Chocolate has been a part of our culinary history for about as long as the Chicago Dog. Check out the new tour and these tasty locations!

If we had a say in these things, every day would be National Chocolate Day. And while it’s all good to celebrate by popping into your nearest drugstore and picking up a bar or eight of your trusted favorites, we recommend satisfying your cravings in one of the many Chicago candymakers. Check out our new scavenger hunt to explore the range of chocolate treats to be found in the Loop and River North.  Use code: ChiChoc to save 50% on the cost of the tour.

At the turn of the 20th century, Chicago was the “Candy Capital of the World” due to the number of confectioners within its borders, chocolate included. At one point, one-third of all candy made in the U.S. came from Chicago, with more than 100 companies employing 25,000 people. Some of the country’s best-known candies—including Brach’s, Cracker Jack Company, Ferrara (Lemonheads, Atomic Fireballs, Original Boston Baked Beans, and Red Hots) and Schutter-Johnson (Bit O’Honey)—were created in Chicago. But in honor of National Chocolate Day, we’re going to focus on this sweet and creamy delight.

While it might not be the food most closely associated with Chicago, chocolate has been a part of our culinary history for about as long as the Chicago Dog, dating back to the late 1800’s. The city played an important role in the growth of American chocolate.

Even Milton Hershey learned how to make chocolate at the 1893 World’s Fair and instantly decided to shift his focus from caramels.  Hershey didn’t build a factory in Chicago, but many other famous chocolatiers did.

The Williamson Candy Company released the now defunct Oh Henry! bars in 1920, three years after forming in West Town. Around the same time, Otto Schnering opened the Curtiss Candy Company in Lakeview. Within a decade he would launch two products that are still loved today, Baby Ruth and Butterfinger. The Curtiss brands, which are made in Franklin Park, have changed hands many times, and returned to its Chicago roots when Ferrara bought it in 2018.

Chocolate from Mars in Chicago

Thanks to the success of the Milky Way, Frank Mars moved his self-named operation from Minneapolis to Chicago in 1929. A year later, he unveiled Snickers, with 3 Musketeers coming in 1932. Mars was purchased by the confectioner most closely associated with Chicago—Wrigley—in 2008. Mars Wrigley’s Galewood plant is expected to close in 2024 after nearly a century in operation, but the company maintains other factories in the area, and its Goose Island campus is expanding.

Milk Duds are also a Chicago invention, started by F. Hoffman & Co., in 1928. So are Whoppers or malted milk balls, which were first called “Giants” when introduced by the Overland Candy Company in 1939. Both were eventually acquired by another Chicago-based confection company, Leaf, and are now part of the Hershey empire.

Tootsie Rolls got their start in New York but in 1968, two years after opening a plant near Midway Airport, relocated its headquarters to the campus. Every day, 64 million Tootsie Rolls are made within its walls, and the factory produces Tootsie Roll Pops and DOTS.

Did you know that World’s Finest Chocolate comes from Chicago? The brand you see sold to raise funds for schools, communities and charities has been based in Archer Heights since its founding in 1939.

Of course, we can’t forget the Blommer Chocolate Company, which has been manufacturing cocoa and chocolate as a wholesaler in the Fulton River District since 1939. Their factory is famously responsible for flooding River North with the aroma of chocolate, even though its retail store closed in 2020.

Hershey’s exposure to chocolate wasn’t the only revelation that came out of the World’s Fair. Looking for a sweet addition to boxed lunches available at the Women’s Building, Bertha Palmer—an art collector, socialite, and philanthropist—tasked the pastry chefs at the Palmer House Hotel with creating something new. The result was the brownie.  You can still get it the way it was made then, with walnuts and an apricot glaze, at the hotel’s Lockwood restaurant. It’s also available for breakfast as a topping on pancakes and as part of an old fashioned at the bar.

More fudgy goodness is on display in Old Town at The Fudge Pot. Founded in 1963 by a former candy-maker at Mars, its best sellers include chocolate-covered strawberries, oodles (its take on the classic turtle, a name copyrighted by the Chicago-founded DeMet’s Candy), chocolate-coated caramels topped with sea salt and, of course, fudge.

Long Grove Confectionery started in 1975 in its namesake of Long Grove as a quaint candy kitchen and shop. It has since branched out into wholesaling and production facilities in Buffalo Grove and Wauconda, both of which have stores. In addition to a variety of chocolate-covered items, including candies, pretzels, nuts and toffee, Long Grove offers seasonal collections.

Katrina Markoff founded Vosges Haut-Chocolat in 1998 and soon gained a reputation for adding ingredients like Chinese five-spice, chanterelle mushrooms and turmeric and ginger root to her chocolate bars. Vosges has a “Chocolate Temple Boutique” at its West Lakeview headquarters and two shops at O’Hare Airport (Terminals 1 and 3), for when you need a last-minute travel gift.

Inspired by her grandmother, Stephanie Hart opened Brown Sugar Bakery in 2004 in Greater Grand Crossing. Her cakes, including the caramel and the four-layer Obama, earned her national acclaim and a James Beard Award nomination in 2019. A year later, she purchased the Cupid Candies factory in Ashburn, which has allowed her to branch out as a chocolatier. Those truffles and turtles are now available for sale at the basement candy counter at Macy’s on State Street.  Hart also has a kiosk at Navy Pier.

Speaking of Macy’s, it’s been the home of Frango since Marshall Field purchased Seattle’s Frederick and Nelson department store, along with their chocolate mints, in 1929. For the next 70 years, they were manufactured in Marshall Field’s candy kitchen on the 13th floor until the space became too small to meet the nationwide demand. In 2017, Macy’s sold Frango to another Chicago institution, Garrett Popcorn. But they’re still for sale in the basement, where the aroma of mint chocolate permeates the air.

Fannie May is another icon of Chicago chocolate. The company started in 1920 on LaSalle St. in the Loop. There are now more than 50 locations in the metropolitan area, with boxes of their Buttercreams, Pixies (Turtles) and Trinidads sold in local supermarkets. In 2018, Fannie May was purchased by Ferrero, who also owns the Ferrara Pan Candy Company.

Le Chocolat du Bouchard brings traditional French elegance to Naperville, adding wine pairings, pastries, and a bistro to its assortment of American and European chocolates. The second floor Chocolate Loft can be reserved for private events, and three catering packages are available.

Logan Square has a pair of establishments that run the gamut for chocolate lovers. Located at the corner of Western and Armitage Aves. since 1921, Margie’s Candies is known both for house-made, hand-dipped chocolates and its ice cream. A shrine to the Beatles commemorates their 1965 visit to the shop, the day after their concert at Comiskey Park. The Fab Four, and the five women who accompanied them, had Atomic Buster sundaes. Margie’s also has a second location adjacent to the Montrose Brown Line CTA stop.

About a mile west on Armitage from Margie’s is Katherine Anne Confections. In addition to its ever-changing menu of truffles, caramels and marshmallows—they release six new flavors every month and a different truffle and caramel every week—the store is also loved for its drinking chocolate, which has earned widespread acclaim.

Berwyn’s Old Fashioned Candies has been in business since 1969 and is true to its name, selling dozens of nostalgic treats in addition to chocolates made in-house.  They also specialize in custom favors for special occasions—such as birthdays, graduations, baby showers and religious celebrations—with more than 200 molds and figures to choose from.

Similarly, Lickity Split specializes in retro candy and fine chocolates and also adds frozen custard into the mix. The Edgewater and West Ridge locations offer vanilla and chocolate custard, plus a Flavor of the Month, with numerous innovative sundaes and concrete custard blends.

Finally, if your love of chocolate is so great that you wish to be covered in it, Pilsen is also the home of Chocolate for Your Body. The full-service spa uses the antioxidant and aromatherapy benefits of chocolate in many of its services, including massages, facials, mani-pedi, waxing, full body scrubs and body wraps.

No matter how you choose to satisfy your craving, Chicagoland is the best for indulging your sweet tooth!