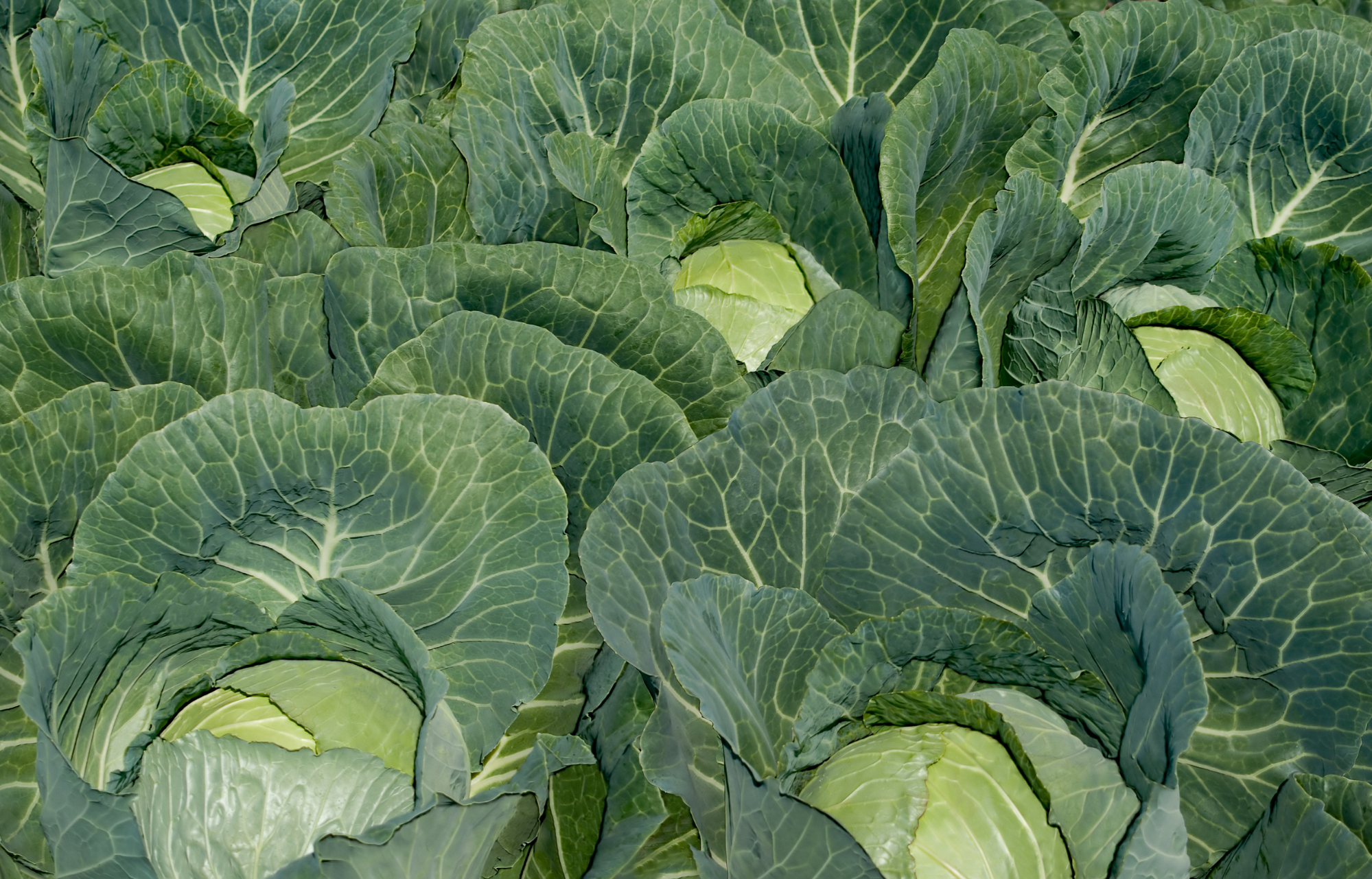 These days, Old Town is known for its charming restaurants and shops, the country’s most famous training ground for comedians, and a pair of art street fairs in the summer. But in the city’s earliest days, it was known for cabbages.

eATLAS has three walking tours centered around Chicago’s Old Town neighborhood: Our free guide to food, drinks and music in the neighborhood, a walk through the history of Old Town and the Gold Coast, and an exploration of its historic workers’ cottages.

As with most Chicago neighborhoods, the history of Old Town begins with immigrants. Germans began settling in the area around North Ave., then the city’s northern border. They grew cabbages, potatoes, and celery, which led to it taking on the name of “Cabbage Patch.” A local brewer named Michael Diversey donated some land, upon which a Catholic church was built. Named in part in honor of Diversey’s generosity, St. Michael’s Church opened in 1852. A year later, the area was annexed by Chicago, and it eventually took on the unofficial name of North Town.

The rapid growth of North Town meant that St. Michael’s was soon too small to serve the needs of the parishioners. A new church, complete with a 200-foot steeple, was erected between 1866 and 1869. Two years later, the Great Chicago Fire tore through North Town, and the interior of St. Michael’s was destroyed, although the walls remained intact. A rebuilding process began almost immediately, and the church was reopened on Oct. 12th, 1873, nearly two years to the day after the fire.

It wasn’t just the church that needed to be rebuilt, of course. As Richard Atcheson pointed out in 1967, the German craftsmen who built the new homes incorporated a hodgepodge of styles. “Their legacy is a complex of fanciful dwellings, made with love and all but sealed with a kiss,” he wrote. “They liked Gothic windows, Renaissance pilasters, mansard roofs, swooping, looping eaves and Bessarabian balconies, and they liked them all mixed up together on the same house. So what you see today in the short, stop-and-start streets of Old Town is a rich architectural goulash that somehow turns out exactly to taste. And the pleasant effect is heightened by the agreeable human scale of the neighborhood ­- the streets are narrow, random rows popping into each other by surprise here and there, turning unexpectedly into tiny mews or opening into broader thoroughfares. There is no grid pattern, nothing is predictable, and there is a silly, lovely elegance about it all.”

However, no neighborhood retains its character forever. As subsequent generations of the original settlers became successful and assimilated into American life, they left the cramped surroundings of North Town for greener pastures. But the 1920s saw an influx of new residents that would shape the neighborhood for the next 50 years. Around the turn of the century, Towertown, a small Near North neighborhood in the shadow of Chicago’s Water Tower, had become a bohemian art colony. As Michigan Avenue north of the Chicago River developed after the Michigan Avenue Bridge opened in 1920, the residents found themselves priced out of Towertown, and moved across Division Avenue into North Town.

Among the residents of Old Town at this time was Henry Gerber. He founded the first organization in the United States to advocate for the LGBTQ community, the Society for Human Rights, in December 1924. The SHR operated out of Gerber’s house at 1710 N. Crilly Court, but only for a few months. The next summer, Gerber was arrested on obscenity charges that were eventually dropped. In 2015, his home was declared a National Historic Landmark.

In 1927, Sol Kogen and Edgar Miller, who met while studying at the School of the Art Institute of Chicago a decade earlier, bought a Victorian mansion at what is now 155 W. Carl Street and transformed it into the Carl Street Studios. The complex was modeled on what Kogen had seen in Paris’ Montmartre neighborhood—a space where artists could live and work—and the two men and their tenants used the house as a canvas for their collective imagination. Other artists followed Kogen and Miller’s lead on other houses along Carl St., which was renamed Burton Pl. in 1936. The Carl Street Studios were converted into condominiums in 1997, while the West Burton Place Historic was added to the National Register of Historic Places in 2007, and named a Chicago Landmark in 2016.

As North Town was in transition, the city decided to extend Ogden Ave. from Union Park to Lincoln Park in order to provide Near West Side residents with better access to Lake Michigan. When it was completed in 1934, Ogden intersected with North Ave. at Larrabee St. and continued diagonally up to the corner of Clark St. and Armitage Ave.

During World War II, the Chicago Civil Defense Corps named the triangle created by Ogden, Clark, and North a neighborhood defense unit, where residents patrolled the streets and planted victory gardens. In 1944, a reporter from the Chicago Tribune began referring to North Town as “Old Town” and, four years later, a new neighborhood group solidified the name by calling itself the Old Town Triangle Association.

It wasn’t long before the OTTA made their mark. Inspired by the Jamboree, an event thrown to raise funds to build a playground at Crilly Court Apartments, the OTTA held the Old Town Holiday in June 1950 as a benefit for the Menomonee Club, an organization that provides activities for local children. That event soon morphed into the Old Town Art Fair, which is consistently ranked as the best art fair in the United States. A second art fair, the Wells Street Art Festival, has been held annually since the mid-1970s.

The newly christened Old Town started to thrive in the late 1950s thanks to the arrival of two cultural institutions: The Old Town School of Folk Music (1957) and Second City (1959). Old Town, and Wells Street in particular, became Chicago’s version of New York’s Greenwich Village, filled with funky shops, restaurants and, nightclubs with names like the Pickle Barrel, Mother Blues, Chances R, Wecord Woom, Beef & Bourbon, Earl of Old Town, Jack B. Nimble Candle Shop, and the What Not Shop. Crate and Barrel got its start in 1962 in a former elevator factory at 1514 Wells St. A pair of shopping centers—Piper’s Alley and Maiden Lane—opened in 1965 and 1966, respectively. Wells was also the home of the Royal London Wax Museum and a Ripley’s Believe It or Not! Museum. Tourists and suburbanites flocked to the neighborhood.

But the fun times couldn’t last. The Ogden Avenue extension never lived up to its potential and was closed in 1967. That same year, the building housing the Old Town School was scheduled for demolition, and the school relocated to Lincoln Park on Armitage Ave., eventually moving farther north to Lincoln Square.

By the 1990s, however, Old Town was on the way back. As of 2022, rents in the triangle were 3 percent above the city’s average, and below North Ave 13 percent above average. The vibe from Wells Street’s heyday can still be spotted in business that have outlasted the dark times like the Spice House (1957), Fudge Pot (1963) and Fireplace Inn (1969). Those neighborhood staples sit alongside modern boutiques, gyms, and restaurants in a way that seamlessly blend the old with the new.

eATLAS has three walking tours centered around Chicago’s Old Town neighborhood: Our free guide to food, drinks and music in the neighborhood, a walk through the history of Old Town and the Gold Coast, and an exploration of its historic workers’ cottages.