Take a tour anytime with custom-designed
adventures from our eATLAS Whoa!Guides.

Take a tour anytime with custom-designed
adventures from our eATLAS Whoa!Guides.

Turn your phone into an amazing guide 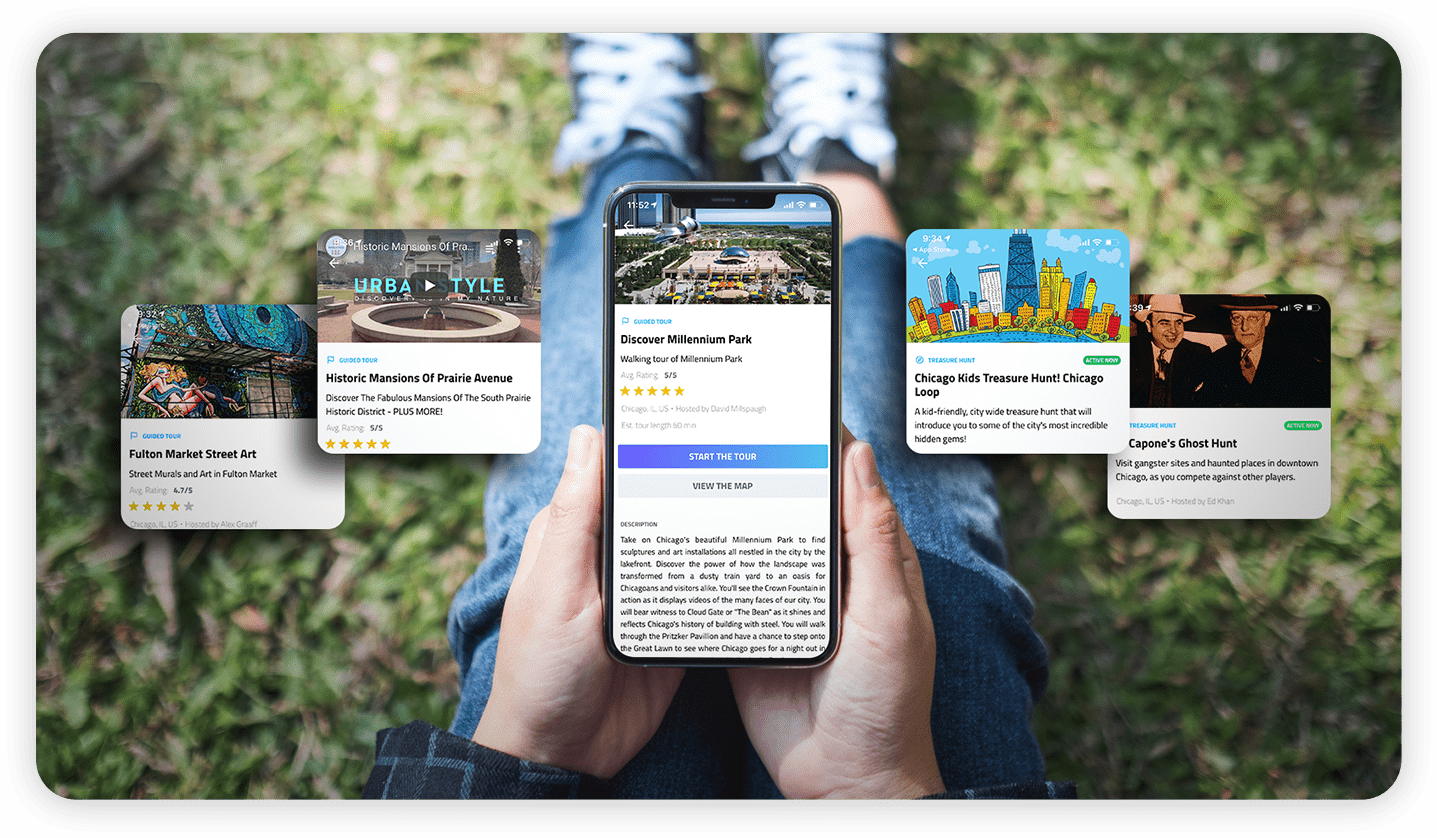 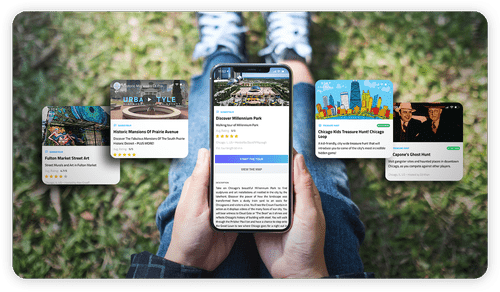 Our Whoa!Guides design amazing mobile tours that bring the world to life.

Fill your phone with adventures that take you to the top sights and the hidden gems.

Just tap to Tour. And Swipe to Whoa!

Throw out your guidebook. eATLAS is here. 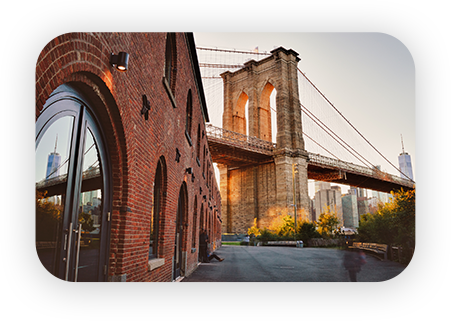 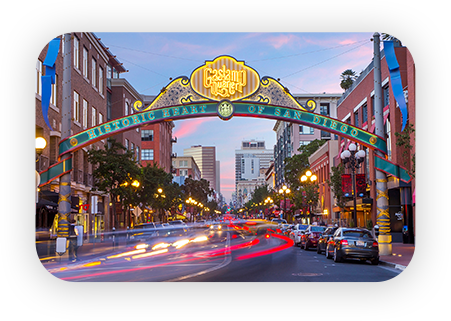 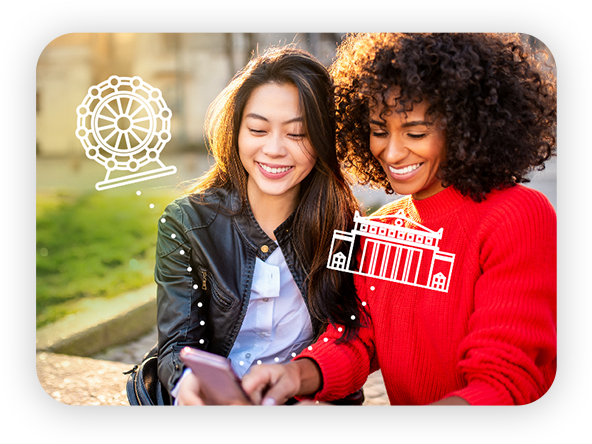 NEW tours from our Whoa!Guides
added every week. 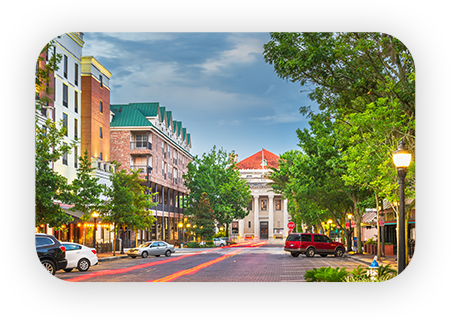 Fill your phone with adventures.

Throw out your guidebook. eATLAS is here.

NEW tours from our Whoa!Guides
added every week.

Fill your phone with adventures.

Check out these Tours that Whoa! 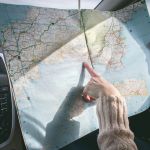 The US Highway system was created in 1926, and Route 66 soon became known as the Main Street of America. It “winds from Chicago to L.A.,” as the song says. And it quickly became the most popular automobile travel corridor to the west, spreading commerce for “more than 2000 miles along the way.” So let’s get our kicks where 66 BEGINs!
Route66Chicago.com and InSites To Go provide tours on Route 66 in Chicago and Illinois. Our guides are members of the Chicago Tourguide Professionals Association. Follow @Route66Chicago and @InSitesToGo on Facebook to learn more about in-person tours and virtual events. 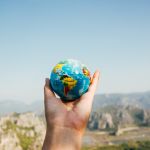 “Chicago has faced its fair share of adversity in its 184-year history, but the city has always risen from the ashes, both literally and figuratively. Its most remarkable renaissance came in the wake of the Great Chicago Fire of 1871. The inferno killed 300 people, left another 10,000 homeless, and cost a jaw-dropping $222 million (equivalent to $4.7 billion in 2020), but it also gave birth to a beautiful new city, built with brick and better than ever. Sadly, one iconic building style, the workers cottage, which flourished both before and after the Great Fire, has recently been falling victim to urban developers whose visions just don’t jibe with historic lot sizes or bygone architectural styles. As demand grows for apartments and other higher-density housing, many of these humble dwellings are at risk of being razed.” -bobvila.comOn this tour you will see 40 or more of these delightful cottages and the different styles they were designed and constructed in. Also, you will see some very rare instances where there are several cottages in a row or in one case an entire block of cottages on both sides of the street!Stops called “NOTABLE PROPERTIES” are not worker cottages but historically notable for the neighborhood. 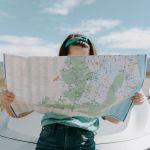 Graceland Cemetery-“Where the Rich and the Famous Come to Lay”

Located near Wrigley Field with its roaring crowds, Graceland Cemetery provides a quiet and beautiful sanctuary within the city, resembling a Victorian park in England.Before 1860, when Graceland was founded, Chicagoans were buried near the lakefront in Lincoln Park. There were many illnesses at the time and there was concern about contamination of the drinking water due to the proximity to the lake. So, Graceland was created further away from the lake to avoid these problems.Many of Chicago’s rich and famous are buried here, such as Marshall Field and George Pullman. Their monuments and gravesites were created by the finest architects and sculptors of their time, including Louis Sullivan and Daniel Chester French.Spend some quiet time here and enjoy the history, the beauty and the serenity. 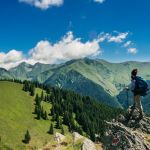 Chicago is all in on the cocktail craze, with some of the best mixologists and cocktail lounges in the country. But it wasn’t until Prohibition ended in 1933 that cocktail lounges began to sprout up across Chicago, replacing the traditional, beer and straight hard liquor focused saloons.
Get ready for a cocktail adventure as you visit some of the city’s most historic cocktail venues. Check the hours for each cocktail bar before you head out for your cocktail crawl, and as always, drink responsibly. Cheers!